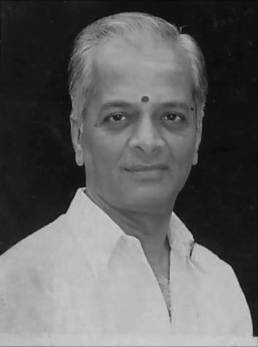 Kanchana V Subbarathnam (December 10, 1948 – October 27, 2005) was a carnatic music violinist of great repute. He was popular for extremely soothing soulful gayaki style of playing. He was an ‘A’ grade AIR artist and also a very good vocalist, who had composed many varnams, tillanas, pallavis and noted the lyrics of contemporary poets. He was a child prodigy, who at a tender age of 9 years accompanied maestros – Chembai Vaidyanatha Bhagavatar, Chakrakodi Narayana Shastri, Kanchana Venkata Subrahmaniayam (Subbarathnam’s father) and such others. At the age of 12 years, he accompanied maestro Maharajapuram Viswanatha Iyer and at the age of 16-17 years, he accompanied flute maestro T. R. Mahalingam. By observing Subbarathnam’s miraculous achievements at such a young age, the violin legend Piteelu Chowdiah gifted him his own violin twice!  Together with his wife Rohini Subbarathnam, he trained many pupils on music disregarding all racial discrimination which prevailed in those years and provided free music education to many. He had also served as an active member in “Karnataka Sangeetha Nrithya Academy”, Bangalore.

Subbarathnam and his father had done commendable service in improvising music in the folklore art form – Yakshagana, which is popular in Dakshina Kannada District of Karnataka, India. Besides being a great artist himself, Subbarathnam was also a great art patron and had organized many grand music festivals for over 45 years.